The Brave Tea-lady and the Evil Bee 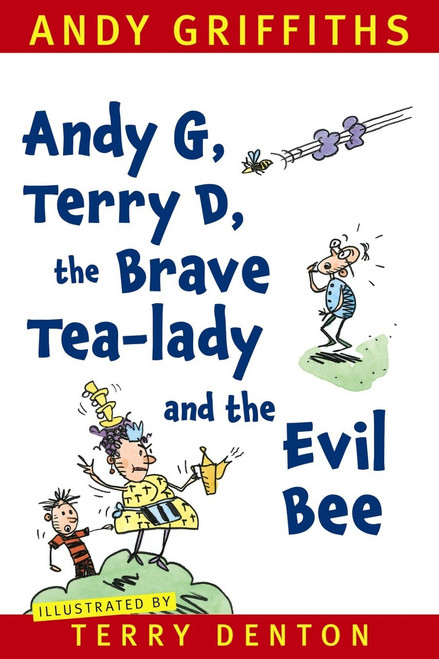 The Brave Tea-lady and the Evil Bee

Andy G and Terry D are being chased by an evil bee.

Thank goodness for the tea-lady and her bravery.

A rhyming story of mischief and mayhem that will delight everyone, especially beginner readers, accompanied by Terry Denton's energetically comic illustrations.

This story first appeared in The Cat on the Mat is Flat, which featured a collection of short stories. The original black and white illustrations are now in colour, and the story has been redesigned in a larger format.

Andy Griffiths and Terry Denton are a creative partnership that began with Just Tricking! in 1997 and now extends to seven JUST books and more than a million copies sold, the bestselling The Bad Book, and its equally bad sequel, The Very Bad Book. They are now published all over the world including the US where Andy's Bum books have made the New York Times bestseller lists. In 2011, The 13-Storey Treehouse marked the beginning of a fabulous new series from the duo. The 26-Storey Treehouse was the bestselling Australian children's title in 2012.